Android 10: The new features and their impact on your mobile app

While the Pixel, Pixel 2, and Pixel 3 are the first in line to receive the new update, mobile app developers should take note of the new features and changes Android 10 brings to the table.

Moreover, to take full advantage of the new functionalities and changes that come along with Android 10, mobile app developers ought to test and update their apps accordingly to ensure a great user experience.

Below, we highlight the new features and behavior changes Android 10 will offer that will surely affect both users and developers.

One of the new features Android 10 is its full native support for foldable smartphones. This new feature makes it easier and quicker for users to switch from the folded to unfolded modes and vice versa.

To make content more accessible to persons with hearing disabilities, Android 10 will include a new feature called Live Caption that can create subtitles for all playable forms of content: videos, podcasts, messages, audio, etc., regardless of the application. Furthermore, Live Caption functions without an internet connection ensuring content always remains accessible.

With Android 10, Google has made major changes to how users will navigate apps and websites. With Android 10, the back button has been removed. Taking its place is gesture-based navigation that enables users to return to a previous page or app by swiping from one direction to next based depending on the user’s settings.

Android 10 will also provide users with a system-wide dark mode, which is beneficial for several reasons. First, dark mode uses less battery which by default will end up extending the smartphone's battery life. Second, navigating apps and sites in dark mode can create a better user experience, especially in low-light environments.

Before changing your code, it is a good idea to test your app in dark mode to see how it responds. This can make it easier to determine what needs to be modified, if necessary.

Replying to messages will be easier thanks to the new Smart Reply feature supported in Android 10. Smart Reply will work with every messaging app allowing users to respond to incoming messages with a set of preset responses.

Smart Reply will also enable users to open up relevant apps like Google Maps or other navigation apps when messages include addresses.

Security is a major concern for Google, and as a result, new features have been put into place to make Android 10 a more secure operating system. Overall, Google has added 50 functions to enhance Android 10's security and protect user privacy. 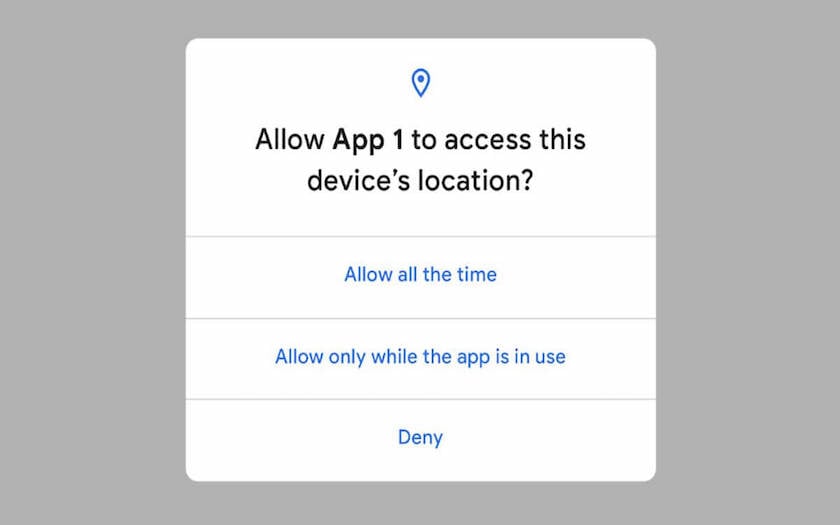 Restrictions will also limit what apps can do when they are not in use. In the end, Android 10 will patch more than 193 security vulnerabilities.

Besides new features, Android 10 comes along with a variety of new behavior changes that will affect how apps run. This makes it essential to test your app and then update it as needed to correctly support these new behaviors.

For apps that use non-SDK interfaces, Google recommends finding an SDK alternative. For app developers that cannot find a suitable alternative, it is a good idea to request a new public API.

As previously mentioned, Android 10 replaces the back button with gesture-based navigation. To ensure your app is compatible with this change, it is important to expand the app content from edge to edge and manage different screen gestures appropriately.

Under the anonymous shared memory subsystem or ashmem, the format of dalvik maps has changed. This change affects applications that parse map files. As a result, test cases should be planned and executed to validate apps that depend on dalvikmap formats.

To learn more about the new behavior changes that may affect your mobile app, please review Google’s Android developer page.

With the launch of the newest version of Google’s Android operating system, it will important for organizations to update their apps to better support the behavior changes and features that Android 10 offers.

To make the most of this new environment, it is important for organizations to execute thorough quality assurance campaigns to eliminate any bugs or anomalies that can hinder functions, undermine the stability or compatibility of an app, lead to security vulnerabilities, and more.

To learn more about mobile app testing, please do not hesitate to read our white paper: Why and How to Test in the Era of Digital Transformations.