The Best Practices For Regression Testing 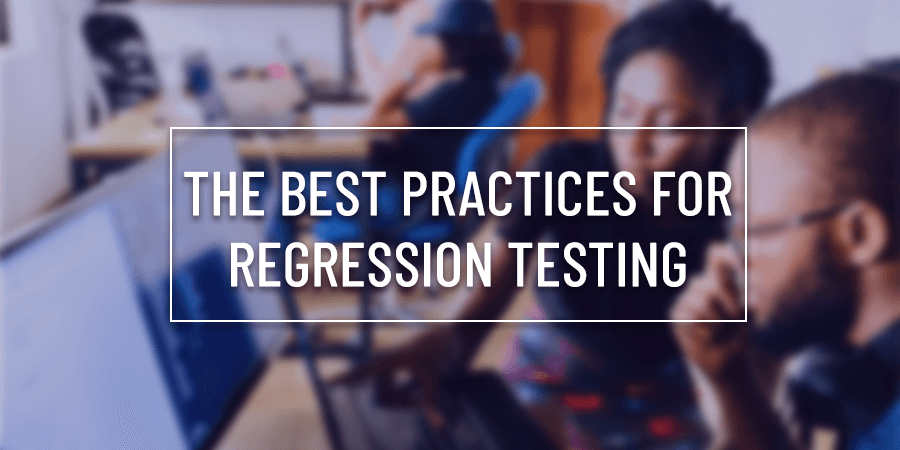 Regression testing is a vital process in the world of software development that helps to verify that previously tested and validated features or functions work as expected following any changes to the code.

What is Regression Testing?

A regression, in the world of software development, is an error that is introduced as a result of a bug fix, software update, addition of a new function, or any changes made to a product’s code.

To prevent this from happening, teams execute regression testing which is a Quality Assurance (QA) process that validates the previously built, tested, and approved parts of a product’s code. Regression testing helps verify that new updates or iterations to the existing code do not produce unintended bugs or breaks in the code. 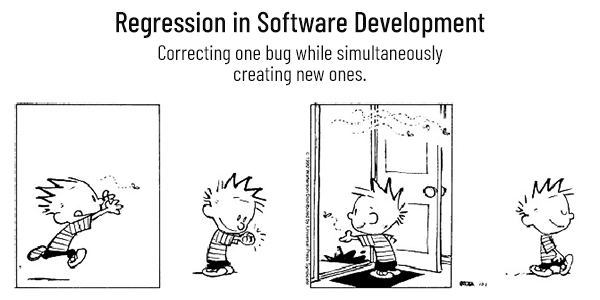 Regression testing in many situations involves re-testing all of the functions on an app or website, for example, that have been previously validated. As a result, it is common to execute regression tests using previously developed test cases or scripts.

However, there may be some circumstances or situations that can require you to modify existing test cases or scripts to properly validate older functionalities in light of a software update.

Why is Regression Testing Important?

Without a doubt, software updates come with inherent risks that can negatively affect existing functions. In 2020, a software update for Microsoft’s Windows 7 made headlines after it introduced a bug that caused wallpaper issues for some Windows 7 users. In the end, Microsoft was forced to launch an additional update to resolve the bug.

Regression testing helps organizations eliminate the risks that are associated with updating apps, websites, or any other digital product. These risks can vary from bugs that limit certain functions to those that create significant security vulnerabilities. Nonetheless, software bugs introduced by software updates can infuriate your customers leading to a decline in your brand image and revenue.

For organizations employing the agile method, regression testing is even more important as news functions are added during each sprint. Regression testing is also key for companies developing SaaS or mobile apps, which are often continually developed and enhanced via updates to provide users with new functionalities over the life of the product.

What are the Challenges of Regression Testing?

Regression testing is largely a time-consuming process making it rather difficult for QA tests to be executed in a short amount of time. As new functionalities are added over time, the number of test cases that need to be executed as part of the regression test cycle will also add to a tester’s workload.

Time is money, and for regression tests, the time-consuming nature of these tests makes them expensive. As a result, organizations can face budget constraints that force them to make calculated decisions regarding which regression test cases to execute. Ignoring regression testing can carry significant risks by allowing updates to introduce bugs that taint the user experience and jeopardize business goals.

As digital products are periodically updated, they can become more complex in nature as a result of several newly added functionalities. Creating new test cases or adapting existing ones to account for the current state of an app’s or website’s functions can be a complex task.

Automation is a great way to execute regression tests in a more efficient and cost-effective manner. Automating regression tests can also benefit testers by freeing them from having to repeat tedious and boring tests, which will allow them to focus on more complex test cases or other tests that are not well suited for automation.

Download our guide to learn more about Automated Testing!

Nonetheless, the stability of scripted test cases is a common problem that QA teams face when it comes to automated regression tests. To avoid breaking automated test cases, it is best to begin automating unit tests that are less fragile and likely to break.

Given the fact that regression tests can be very time-consuming, it is important to regularly update your regression pack by adding new or updating existing test cases to account for the current state of the digital product. In general, it is a good idea to update a test case whenever new functions are added or existing functions are modified.

In a competitive marketplace, the quality of goods and services remains important for success. For mobile apps, SaaS, websites, and more, regression testing plays a significant role in a brand's ability to provide customers with quality digital products.

To learn more about why and how to test your mobile apps and websites, do not hesitate to download our white paper below.